If you’re on the 9-5 grind at a point in your career, you’ve likely pondered retiring early and whether or not that was attainable. Perhaps you’ve stumbled upon the FIRE movement (financial independence, retire early) yourself, whether on social media or through a friend. It certainly sounds appealing to be financially independent at an early age. As a millennial, I watched my parents’ generation work hard for decades and by the time they reached their 60s, they had little energy left to enjoy retirement.

What is FIRE, and how did it begin?

The movement first began in 1992 when Vicky Robin and Joe Dominguez published the book “Your Money or Your Life.” The book was centered around achieving financial independence ​​by changing your relationship with money in order to live a more meaningful life. Then, in the early 2000s, with the help of the internet, blogs like Mr. Money Mustache popularized the FIRE movement even more. When the 2008 recession hit, many people were looking for ways to change their lifestyles. The traditional way of doing things became less appealing in modern America; working for 40 years, saving some money along the way, and then having a nice nest egg to retire and begin living your “dream”.

Today, there are several influencers online who teach and discuss how to achieve FIRE by spending less and increasing your savings and income via podcasts, blogs, and social media. Some popular sites include Rich & Regular, Our Next Lives, and Yo Quiero Dinero, to name a few.

One of the main premises of the FIRE movement is to cut back your spending and be more intentional with purchases. Many proponents of FIRE attempt to save aggressively, sometimes as much as 50-70% of their income.  In order to save at this rate, you have to be hyper-aware of the things that you spend on.

Try to hypothetically apply this practice in your life:

Could you pull it off? Perhaps. Surely others have been successful in doing so. But I think we can all agree that it takes time, self-awareness, and a lot of dedication to be able to dramatically cut back your expenses. It’s a good exercise, though, to be more aware of how you spend your money. Others that have done this successfully have moved to less expensive cities and replaced going out to new restaurants with inexpensive activities like hiking and beach days.

We live in a consumer culture where we’re bombarded with messages to “buy” all day long.  It’s easy to get wrapped up in mindless spending. The FIRE movement makes you question your current spending habits and whether you’re spending money on things that you actually value or just filling a void.

This hyper-vigilance on where we spend our money is a bit extreme and may lead to depriving yourself now and waiting to enjoy your life later. In a way, it reminds me of dieting culture, and we all know dieting never truly works in the long term because it is simply not sustainable.

You also have to envision what retirement looks like for you. At Xena FP, we think of retirement as more of an evolution to a new chapter of your life rather than the destination. Retiring in your 30s or 40s may sound blissful now, but what are you going to do with the remainder of your life? Achieving financial independence at a young age gives you the luxury of making work optional. In return, you have the freedom to explore new careers or projects that you’ve had an interest in.

Financial independence gives you options; no longer needing to rely on how much you make, and I can get behind that.

The work that we do with our clients at Xena FP emphasizes intentionally living a life that you’re proud of today while saving for your future. Finding a balance between the two takes work through careful planning. If you’re interested in achieving financial independence and retiring early, we encourage you to have a conversation with your financial planner and start thinking about what kind of lifestyle you would want to maintain during retirement. 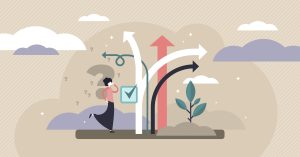 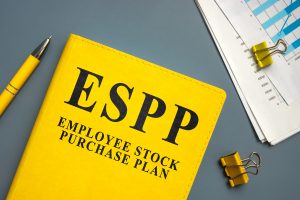 Should I still participate in my company’s Employee Stock Purchase Plan- Even When the Stock Price is Trending Down?